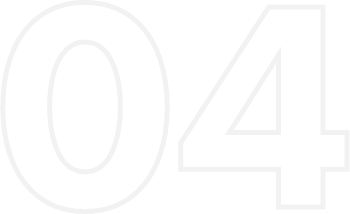 Trimix is a combination or three drugs mixed together. There is also a Bimix and Quadmix with two and four drugs in them respectively but Trimix is most commonly prescribed.  Men use it to get an erection by injecting it into the penis. If I haven’t lost you already with that sentence, read on! It’s actually pretty amazing, has a number of advantages over other options, and the injections are surprisingly painless and easy to administer.

What are the advantages over oral medications for ED?

The oral medications are a great first option for guys who haven’t tried other treatments to improve their erectile function and they do work well for many men. The fact of the matter, however, is that the pills don’t work for about 35% of men and they tend to work less well as we get older.

Trimix works directly on the blood vessels bringing blood into the penis causing increased blood flow and an erection whether or not a man is sexually excited.   As a result, Trimix has a much higher success rate at producing a satisfactory erection than the oral medications do.

Many men experience unwanted side effects from the oral medications that can range from mildly annoying to downright unpleasant or dangerous.  Because the pills have to be taken up into the bloodstream, effects on other parts of the body are seen with their use. Headaches, back pain, visual changes, flushing of the skin, nasal congestion, and indigestion are common.  For men with high blood pressure and especially men who take nitrate medication to treat coronary artery disease, the oral medications can lead to a dangerous drop in blood pressure and even a heart attack. Trimix on the other hand, because it is injected directly at the site of action, is administered in very small doses that do not result in a significant blood concentration in the rest of the body and do not produce systemic side effects.

What are the side effects and risks of using Trimix?

The major concern about using Trimix is the risk of a prolonged erection.  This condition is called priapism.  It is considered a medical emergency and needs immediate treatment if it happens. Left untreated, priapism can result in permanent erectile dysfunction.

It is also important to follow strict sterile technique when injecting Trimix in order to avoid infection.  Scarring of the penile tissue from the injections is reported in up to 6% of men and can lead to curvature of the penis when erect.  Bruising or bleeding at the injection site and mild soreness of the penis after using Trimix are more commonly seen but of less concern.  Of course, at the Prime Clinic, I work with my patients to find a safe and effective dose for each man and explain and provide written instructions for proper injection technique as well as what to do if priapism occurs.

The first injection or two of Trimix should be done in my office so that you can be taught the proper way to do it yourself as well as to safely determine an effective dose for you.  Men vary widely in their response to Trimix. A dose of Trimix solution is drawn up and injected using a syringe and a tiny needle. There are actually more nerve endings on your forearm than there are on the skin of the penis so the injection is quick and almost completely painless. When an appropriate dose is injected, a full erection is induced within about 20 minutes. It takes a little time and practice to determine the correct dose and to develop skill at performing the injection.  This time and effort is richly rewarded however with erections that are much more reliable and durable than those achieved using other methods.

The video below shows how to inject Trimix, demonstrated on a real Prime Clinic patient — VIDEO CONTAINS NUDITY.

Is Trimix just for men with severe ED?

Trimix is definitely not just for men with severe ED.  I believe it’s for any man who wants to be confident in his ability to perform when other methods aren’t reliable.  Trouble getting and maintaining an erection can happen to a man at any age whether the cause is physical or psychological.  Prudent use of Trimix, using appropriate dosage and proper sterile technique, can be a great way to continue to enjoy an active sex life for many men.

What does Trimix cost?

The cost of using Trimix varies depending on the dose you need to achieve the desired result and how often you use it.  At the Prime Clinic, Trimix is supplied in a kit containing 500 units of the medication and all the supplies you will need to use it for one price.  The average dose of Trimix is 10 units so that is 50 doses for the average user but more if you use less and a bit less if you use a larger dose. I estimate that the cost per dose is around $5-10.

Up Next Premature Ejaculation

Ready for change? Submit your contact information and we will reach out to schedule your initial consultation. Remember, the best is yet to come!

*Please note that most of our services are not covered by health insurance and we do not file insurance claims for our patients. We are happy to provide the proper diagnostic codes if you wish to file a claim. Payment is expected at the time of service.